Summertime on the wildfire line

Eyes burning, nose running, and plenty of coughing. Just another day at the office for Colby Finney’s summer job.

Finney, a second-year medical student at UBC Okanagan, has spent the past three summers battling wildfires with the BC Wildfire Service. Born and raised in Kelowna, he returns to UBCO this August to continue his studies with the Southern Medical Program. “I originally saw an ad in the library at UBCO as they recruit a lot of university athletes for the seasonal positions,” says Finney. “Having spent lots of time in the backcountry and in reasonably good shape, I decided to apply.”

The BC Wildfire Service staffs over 1100 Type 1 firefighters and specialized personnel. All new recruits undergo an intensive week-long bootcamp on wildfire management including both classroom sessions and field training. Finney completed his intake training in 2013.

Nearing the end of another busy fire season, over 1700 wildfires have been reported and close to 300,000 hectares burned thus far.

The province’s initial attack crews are typically the first on-scene to address new wildfires. When a fire requires more resources beyond the initial suppression efforts, a 20-person unit crew is brought in as reinforcements.

As a member of the Vernon Unit Crew, Finney has been stationed mostly in the southern half of the province battling wildfires in Osoyoos, Oliver, Keremeos, Joe Rich in Kelowna, West Kelowna, and Salmon Arm.

A fire’s behaviour and the surrounding terrain often dictate the approach taken by the unit crew towards containment. Difficult terrain, hot temperatures, and smoky air conditions are commonplace. The work itself is grueling, but the safety of crew members remains paramount.

“In most cases, we work to stop the spread of the fire by cutting a hose trail and removing fuel as close to the fire’s edge as possible,” says Finney. “We can then lay hose along the trail and get a steady source of water on the fire.”

Once the crew is able to get a handle on the fire, there is great sense of accomplishment. Finney acknowledges the camaraderie and daily conversations with the colourful personalities within his team as some of the best job aspects. Also, his deeper appreciation for the natural beauty tucked away within some of the BC’s most remote regions.

As Finney returns to university to pursue his ultimate career path, he acknowledges his teamwork battling wildfires as a key translational skill to his future profession.

“In medicine, you have to coordinate with multiple different professions and family members in order to construct a balanced and holistic approach for the patient’s care,” says Finney. “Similarly on the fire line, you’re coordinating with operations, multiple crews, heavy equipment, air tankers and your fellow crew members. The plan has to be organized and articulated so that everyone can achieve their objectives in a safe and timely manner.” 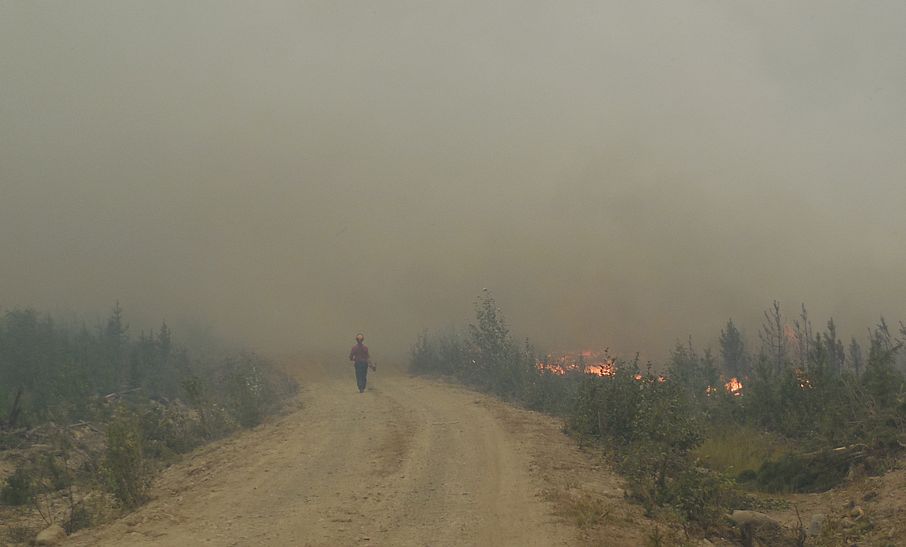