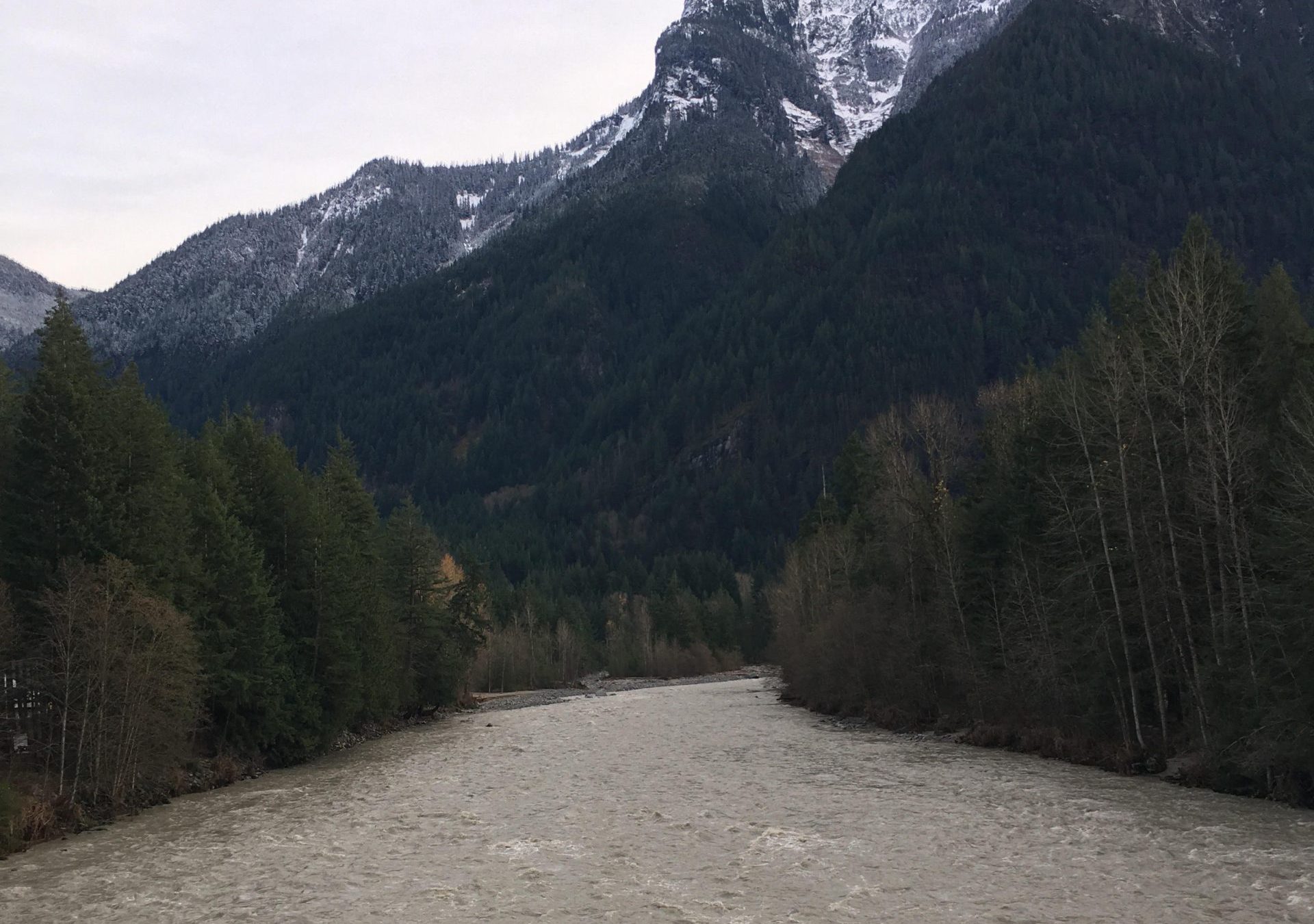 UBC Southern Medical Program student Brayden Fishbook was en route to Chilliwack for a family practice elective when he found himself stranded due to the province’s catastrophic atmospheric river event.

Leaving Kelowna Sunday afternoon on November 14th, he opted for the Hope-Princeton route of Highway 3 as the Coquihalla Highway had been closed due a landslide.

When he arrived in Hope four hours later, traffic crawled through town as torrential rain poured down.

“I came across a hotel that was completely dark and quickly realized the entire town was without power,” says Fishbook. “Cars were parked at gas stations waiting for power to return and traffic was being diverted across the Fraser River as Highway 1 was now closed.”

Fishbook followed rerouted traffic towards Highway 7 and eventually came to a standstill due to another landslide. With Highway 3 also blocked, all routes in and out of the small rural community were closed indefinitely. 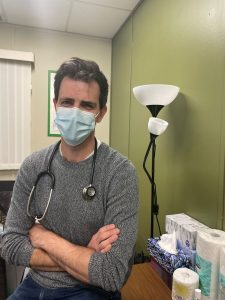 Exhausted and resigned to his situation, Fishbook pulled over to the side of the road and spent the night in his car. “Fortunately, I had my sleeping bag, a pillow and some food I had packed for my stay in Chilliwack,” he says. “It wasn’t too cold overnight and I actually managed to get some sleep.”

“Wanting to make the most of my educational experience, I headed to the local hospital on Tuesday morning and offered to help wherever I could.”

In the morning, Fishbook returned to Hope and attended an emergency shelter at a local church to figure out his next move. Through family connections and a few social media callouts, he found a place to stay with a couple from Hope who opened their home and neighbouring cabins to stranded travelers seeking a place to stay and a warm meal.

“There was a lot of speculation and uncertainty about which roads would open and when people might be able to leave,” says Fishbook. “Wanting to make the most of my educational experience, I headed to the local hospital on Tuesday morning and offered to help wherever I could.”

The Fraser Health staff at Fraser Canyon Hospital connected Fishbook with Dr. Beth Watt, a Langley-based family physician and UBC clinical instructor, who was also stranded in Hope. Together, they were tasked with assisting non-urgent medical needs for travellers temporarily housed at the local high school shelter.

Throughout the day, Fishbook distinctly remembered the thunderous and almost constant sound of helicopters flying in supplies to the local airport and surveying roadways. Many evacuated travellers opted to abandon their vehicles in favour of privately chartered flights back to their homes.

On Wednesday morning, Watt and Fishbook worked out of a make-shift medical clinic that had been organized at the high school and spent the day assessing and assisting patients. An unusual learning environment from his fourth-year of training with the SMP based at UBC Okanagan.

“Dr. Watt used pieces of blank papers to write prescriptions and we worked with the local pharmacy to ensure patients could access an emergency supply of their medications,” says Fishbook. “For the most part, patients just needed to talk about their experience and trauma to help calm their nerves. But, we were also able to collaborate with local emergency response operations personnel to have more urgent cases flown out.”

“Brayden is an amazing student and really showed up to help people in need,” says Dr. Watt. “It was great to be able to work together to support the community in a time of uncertainty.”

By late Wednesday afternoon, Fishbook received word from family that Highway 7 was reopening. He jumped in his car and joined a line of cars waiting for any signs of movement. Around 6 o’clock, the line started trickling passed emergency road personnel and the cleared landslide area.

“I was extremely relieved to be moving and to have a definite travel plan,” says Fishbook. “When I finally arrived in Chilliwack, I realized how much tension I’d been carrying from the past few days and needed to decompress.”

Fishbook finally started his four-week elective on the Thursday, a few days late. His ordeal not only solidified his plans to pursue family medicine as a career, but gave him new perspectives.

“I certainly gained a deeper appreciation for rural medicine and disaster response management,” he adds. “I’m also truly thankful to my hosts who provided me and others food and shelter during a stressful and uncertain time.”

“Every day, through the support of our health authorities partners and the dedication of clinical faculty like Dr. Watt, UBC medical students are gaining exposure and skills in rural and remote medicine,” says Dr. Sarah Brears, Regional Associate Dean, Interior. “ These rich training experiences encourage our students to stay and practice in communities throughout B.C and respond in crisis when there is need.”