Southern Medical Program (SMP) students Connor De Melo and Eden Dubchak are this year’s recipients of the Reichwald Family Foundation Awards. Both students, who recently entered their third year of studies, are recognized for their excellence in academics, leadership, and community service. 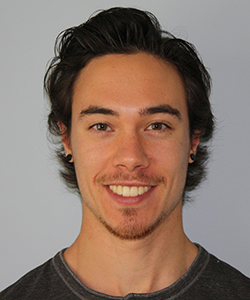 De Melo grew up in Kelowna and completed a BSc in Microbiology at UBC Okanagan. De Melo has served as part of the MD Student Outreach Ambassador Program and as Year 1 Social Vice-President. He has also volunteered and supported numerous community organization including CRIS Adaptive Adventures. As part of the Flexible and Enhance Learning course, De Melo is working on a Parkinson’s Disease research project looking to improve treatment and fall prevention for patients.

“I am incredibly grateful to have received this award and would like to express my appreciation to the faculty and the Reichwald family for all of their support,” says De Melo. “It makes a significant impact financially for me and my family at this time and we are very thankful.” 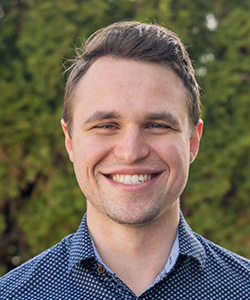 Originally from Vancouver, Dubchak completed a BSc in Behavioural Neuroscience at UBC. He has served in several leadership roles including the Vice-President Academic and helped advocate for academic needs of his classmates. Dubchak has also greatly supported student research with the Interdisciplinary Student Health Conference and Neuroscience Undergraduate Research Conference and prospective medical students through the MD Student Outreach Ambassador Program

“I feel very fortunate and honoured to have been chosen for this award,” says Dubchak. “I would like to extend my sincere gratitude to the Reichwald family for their generosity and their continued support of medical students like myself, and I look forward to serving the community in the future.”